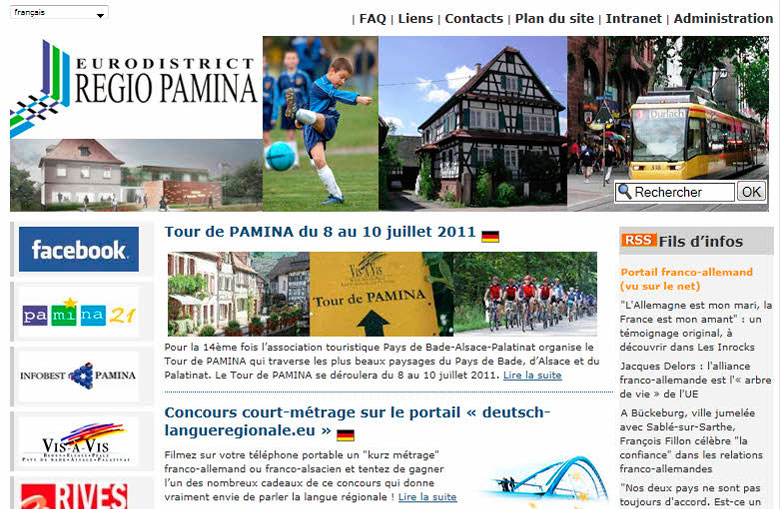 The border regions of Southern Palatine, Central Upper Rhine and Northern Alsace started cooperating in modest yet essential ways soon after the end of the Second World War. Twinnings such as Kandel’s (Palatinate) with Reichshoffen (Alsace) were central to this development.

At the national level, the French-German Friendship Treaty signed in 1963 offered support and encouragement for a partnership based on mutual trust. Representatives of politics, administration and economy also contributed to furthering cooperation in what is now known as the PAMINA area.

The need for further cooperation was recognized early on, especially by those involved in regional planning in Southern Palatinate, the Central Upper Rhine region and Northern Alsace. Contacts were being established ever since the late 1960s. At the time, an involved dialogue and a common approach to addressing shared issues helped laying a solid foundation for future cooperation. The progress made in realizing the European Union and a common market as well as the constantly growing interlacing of these regions gave all three partners ample incentive to work together more closely: they were ready to enter uncharted territory.